NIKALANK JAIN
co-founder & cpo
Nikalank 'The force' Jain. He has Pied Piper-like superpowers: he leads. This Papa Bear can't wait for the day the world of all our dreams will become a reality. And his enthusiasm can't help but make you believe that change is just around the corner. He loves his family, camera, music and Apple products in that order
Nikalank is a communication, design & brand consultant who wants to revolutionalise the way people communicate, connect and react to content on the web. He's the dude who is responsible for the product architecture, functionality & experience that qiddle promises to always maintain.

JAGDISH ADUSUMALLI
co-founder & cto
If still waters run deep, our Tech Architect & Chief of Development Operations is a bottomless pool. He holds all the reins of all the tech work horses at qiddle and can often be seen delightedly explaining technology to bewildered members of the editorial team. Responsible for the seamless working of the technology that qiddle is built on, he wields a silent whip. And when all else fails, he changes the wi-fi password and refuses to divulge it until deadlines are met. Evil genius, this Jagdish. While he has no trouble understanding complex lines of code and can juggle mind-boggling excel sheets in his sleep, the workings of his 7-year-old daughter's mind seems to be a source of constant wonder and amazement to him. 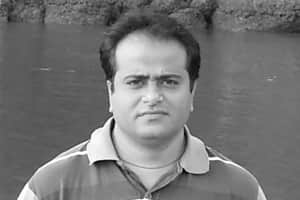 PRAKASH SEJWANI
tech lead
Prakash is the celebrity in the tech team, with multiple android apps to his name in the Google App Store. He is also a browsing ninja, with fingers that fly across the keyboard as he toggles across dozens of tabs while browsing. Quiet and brilliant, he is qiddle's in-house user experience guru. 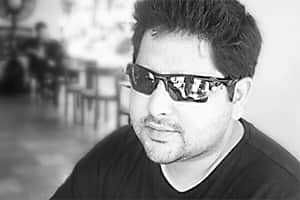 DIPANJAN CHAKRABORTY
project manager & devops
At qiddle, we all speak different languages, and Dipanjan's job is to understand, translate and communicate in each one of them. So he takes the tech gibberish to the editorial team, the editorial rants to the coders, the coders' creations to the audience and the audiences' feedback to the founders. It would be fair to say that our Project Manager, Technology, has his work cut out for him.
Dipanjan has a double master's in business administration and computing and insists that he can swim. Despite photographic evidence to the contrary. 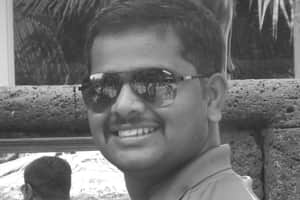 RAHUL CHAUDHARI
tech lead
Rahul is the good boy of qiddle. Much to his mother's delight, his mornings start with prayers and cutting all sorts of deals with god. His other religion, the one he follows even more diligently, is developing. And he's good at it. So very good. 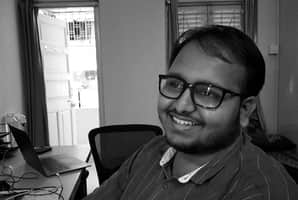 ASHISHKUMAR PANDEY
web and mobile applications developer
If there is one thing that Ashish loves (other than Food), it's code. He knows a lot of languages but the problem is that only computers understand him. When there's stress and tension in the environment, he simply puts on his headphones and leaves this dimension. When it comes to knowledge, he is a jack of all trades.

SATYAPRIYA SUBUDHI
senior developer
If qiddle was a beauty pageant, Satya would easily win the Mr Ambitious title. Whether it's about learning new technology in record time or upholding his existing record of never letting anyone's dabba return home, uneaten, for Satya, everything is a challenge that can be won with perseverance. When the boys want to order in without risking the wrath of mothers and wives, in Satya they trust.
While the girls think his superpower is his round-the-clock metabolism, the tech team insists it's his coding powers in Ruby On Rails. The jury's still out on that one.